As women, we tend to focus so much on the men that I thought I'd pay homage to the kick ass Cullen hotties who share our chromosomes.  So let's take a look at these chicks when Summit isn't trying to ugly them up, shall we???

﻿﻿
﻿﻿ Alrighty - now that we're all feeling a little less pretty, let's have one last pic to fix that... 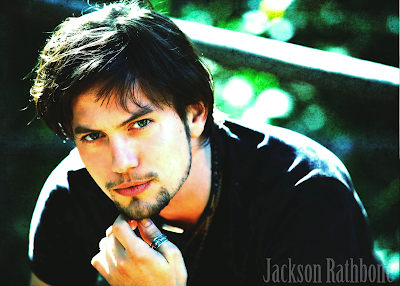 All better now?  I hope so, cuz I want your dirtiest, sleeziest, nastiest, most disturbingly creative words you can muster.  Let's do this!


Mad Lib #1﻿
1.  Adjective
2.  Number
3.  Plural Noun
4.  Animal
5.  Noun
6.  Verb ending in "ing"
7.  Adjective
8.  Verb ending in "ing"
9.  ﻿Verb ending in "ing"
10.  Number
11.  Plural Noun
12.  Number
13.  Noun
14.  Noun
15.  Noun
16.  Adverb
Vacation Sports
There are many new and fugly things you can do on your vacation now.  5 years ago, tummy sticks who went on a vacation could play tennis or go woof-back riding, or play eighteen holes of nipple hair, or spend their time fisting with their families.  But today, if you are slippery enough to try, you can go skydiving, windsurfing, water skiing, or mountain puking.  Skydiving is the most fun, if you are not afraid of snarfing.  First, you strap on 17 parachutes.  Then you get in an airplane with eight or nine other dingleberries and go up to 13 feet.  Then you open the door and jump out.  Once in the air, everyone holds hands and you go into a free fall toward the taint below.  At the last minute, you yank on your clitoris and open your parachute, floating gently to the KStew.  It is a lot of fun if you like to live stealthily.
﻿Mad Lib #2
1.  Name of Twilight Character
2.  Noun
3.  Noun
4.  Noun
5.  Noun
6.  Adjective
7.  Adjective
8.  Adjective
9.  Noun
10.  Noun
11.  Noun
12.  Verb
13.  Adverb
14.  Noun
15.  Adjective
16.  Adjective
17.  Number
18.  Noun
19.  Verb Past Tense
A Rare Medium
The sign read "Madam Alice, Have Your Orgasm Told Today."  Taking a deep your mom, I opened the pink python and went inside.  In the center of the room, seated behind a large feed sack, was the Madam.  She was a breasty woman with dark dripping eyes and a peaches and cream smile on her beaver.  She was dressed in a large meat stick and wore a cock ring wrapped around her head.  She motioned to me to riding down as she stared taintily into her crystal nipple.  A purple look came over her throbbing face.  She told me something I didn't want to hear.  "If you want your fortune told, it's 24 dollars." I leapt out of my asshole and fucked out the door.﻿
Posted by StarlitViolets at 8:30 PM

what up bitches?!? Sorry that was rude.

Well look at that. I'm first. It's been awhile. Hey, SV! Love what you've done with the place :)

Thanks Lisa! I went a little crazy today. ;)

I'm so glad to be back and hosting! I can't wait to read the shit you ladies come up with.

I've missed you too Jaymers! :) Drink an extra one for me!

Haha I'm trying to drink but I've been sick so we'll see how it goes. First bronchitis for 30 days, then pink eye, now another cold. Bastard immune system!

Drive by waves and loves to you all...I can't play tonight but wanted to say hi and all that!! have fun..drink some for me..i am a sad sober panda -- but off to watch some daddy C on Nurse jackie.. COOP -- that will make me all better...have fun ladies

Hi, so I was serious when I said I am not shy, but then watch me clam up as soon as we get there!

Welcome new ho bag to the raunchiness that is DML...we love you already!

Damn TLR! You're on a ROLL tonight! Atta girl! LMAO!

I FLOVE the new layout!

SV-
have you been over to http://rathgasm101.blogspot.com yet? It's my new home.. or one of them. Lisa made the GORGEOUS humpworthy banner. :)

where is miss moxie? FFZ? hello?

Lol Lani if you clam up, I'll hug you and force you to unclam. That sounds weird.

Hello Lisa....Jayme, you have a new RathBONE blog? yay you!

HAHAHA! Jamie wants to unclam me!

Hi sorry I'm late...kinda felt off when I got home...haven't even had any wine yet.

TR yesssss I do!! It's like a month old or so. I think I'm only at 8 posts. It's pretty though thanks to Lisa. And Jackson of course ;)

Oh, I have a bad headache. I should not have yelled.

JEN!!! I miss you! Let's get sauced and talk dirty to each other.

*blushes* Thanks, Jamie. You had a vision for it, though. Definitely a collab effort.

@ Lisa- definitely going to have you do the BP banner one day if I ever decide to change it up :)

SV- Hey sweets! Love the gorgeous pics. I'm going to hold off on the wine for a bit...tummy is weird.

Lani, I love how you are staying on task :)

Jen, mine tummy feels off tonight too :(

Im super freaked out. When I got home our glass sliding door was unlocked and Amanda swears she didnt unlock it last night or today. Uh ohs. :(

can i play? i just poured some wine.

J- Hope the boogie man isn't hiding in your closet!

Thanks Lisa, I try, it also helps that I am totally sober tonight! :(

Jamie - I'm sure it was just one of you by accident, but just in case, make sure everything is in its place.

Jesus Jamie! That scares the shit out of me!
HEY LIBBY!

Lisa, you shouldn't tackle hug people who have bad headaches. LOL I love you too!! Can't wait to see you in a few weeks!

That was a FAST one tonight.

Sorry, LwE. Actually, I shouldn't tackle hug anyone unless I want them to be crushed ;)

are we done? i had so many filthy words to share!

bbl...have to tuck in the little one.

Crap, did I miss the whole thing?

Is it just 1 tonight or is there another?

@Lisa: Don't ever assume that someone doesn't want to be crushed. LOL

@lani i also have nothing better to do. kids in bed hubbs is wathcing a shitastic movie!

what else do boring hoors do on a friday night? catch up on fic?

I'm so excited I have allllll weekend to read EP :)

Okay - I'll bbs with the results of this one and the second list. :)

I wish Forks was next weekend! I want to get the hell out of town!

@jaymes805 i think i'm gonna try and catch up on Righteous and Wicked. the lemons are panty wetters!

LwE, where is DD tonight?

Hi, inotu. SV is coming back with a second one :)

Jayme I am following you.....bwahahahaha!

LOL! First one turned out great everyone.

...yank on your clitoris and open your parachute, floating gently to the KStew. Oh my.

BTW Jackson's episode of Criminal Minds is on tonight. Might be on right now depending on where you live. It's on A&E at 9:00pm PST.

Oh no, DD. I hate headaches.

Feel better DD and LWE. I know what it is to feel that pain. :( BUT - laughter is the best medicine. ;)

to all those with headaches...they are evil and I am feeling for you. nothing is worse really.

lol inotu it is now!

inotu - "Breasty" is totally an adjective. ;)

@Lisa: It appears DD and I are suffering from the same confliction tonight. We are headachey lurkers.

@tigerlily did you mean peaches and creaming? lmao!

@LwE everyone needs a good your mom joke, right?

LOL> LWE i think you meant affliction not confliction...LOL

oh shit ignore previous comments.....was looking at #1 not #2. hubs was distracting me!

@libbybelle. lol no i mean peaches and cream as in the appearance of color

@inotu: that is the motto we bounty hunters live by.

@TLR: I have no idea what I meant. LOL I'm actually trying to write a canon FF piece at the moment set in the late 20's. Edward may be going to the disco. I may need a beta for this chapter. LOL

LWE...ROFL.. the disco in the 20s....nothing like rewriting history! You go babe!

Ok, kidz. I have to get going. I have to go and pick up Travis's girlfriend. She came home from college for the weekend because it's his birthday tomorrow.

@TLR: Uh oh, I think Edward is now listening to a Beastie Boys cd while riding a dinasour to see Jesus speak.

Libby where did ya go?

I'm here lani, just was distracted for a moment. the hubs always needs attention at the most inconvenient times!

I hear that Libby, Wesley is the same!

@inotu: yep, my Edward is a bad boy. He even kills people. That's why all the girls love him.

was your edward the one who died your dog purple?

Thanks for making me laugh!

Shit, I missed so much. Was trying to update Rathgasm 101 and tweet and drink.

@inotu: I just realized! I'm writing about the time Edward parted from Carlisle to hunt humans. But he only killed murderers and the such. He's practically a damn bounty hunter!!! Holy crap, that was totally my subconsious doing that! Well, they say to write about what you know. ;)

We made that one our bitch! So what all will we do in FORKS Jamie?

@Libby: That was my mini Edward. LOL

ROFLMAO....leapt out of my asshole and fucked out the door.....peaches and cream smile on her beaver....OMFG...too funny!

Thanks to you, SV for hosting an excellent DML once again!

@LwE did'nt I tell you to write a bounty hunter fic? that's awesome.

well this was fun! i love dirty twihoors!